The legend of the Fifth Sun tells the story of Xolotl, the god Quetzalcóatl’s brother who, fleeing from death, is transformed into a corn plant, then into an agave and finally is sacrificed in the form of an axolotl.

Axolotl’s have the ability to regenerate their limbs and organs. The few that abandon their aquatic life lose their crest of gills and transform into an animal indistinguishable from the common salamander. This unique characteristic has captivated and inspired the inhabitants and visitors of the Mexican territory for millennia. 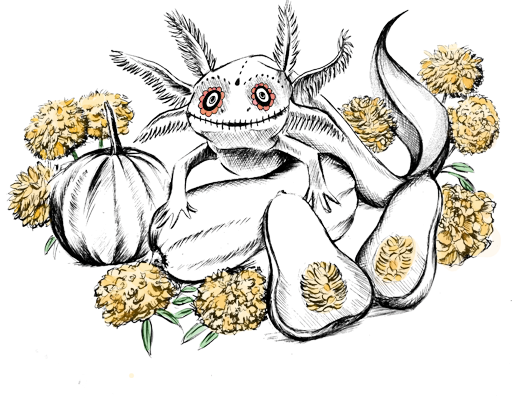 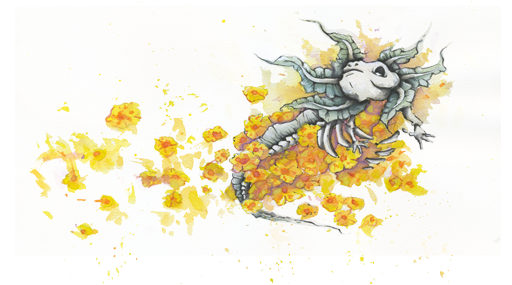 The axolotl’s main habitat are the channels and chinampas of Xochimilco, which in the past nurtured the Great Tenochtitlán, a city in symbiosis with its natural environment. Its conversion into what is now called Mexico City led to the drainage and contamination of its lakes. The axolotl, now in danger of extinction, shares its fate with that of these lakes.

Recovering the wild axolotl implies regenerating an entire ecosystem that has been practically destroyed.

With the axolotl as our symbol, we seek to raise awareness about the role and importance of local economies in the conservation and preservation of our ecosystems.

It is a reminder of the fragility of that which gives us life and joy.